Well we had our first Poker Chip match at Top Gun Texas Range on Sunday and it was a great success.  We had ten competitors along with some spectators come out and brave the heat.  I’ve been to quite a few different matches and don’t remember seeing people being more laid back and relaxed.  We had competitors spotting and calling shots for each other, loaning equipment and just being plain good sports.

Not sure who gave this little lunatic a bull horn, but we are taking batteries out next time. 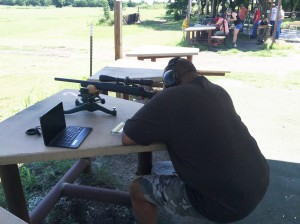 Ben on the gun 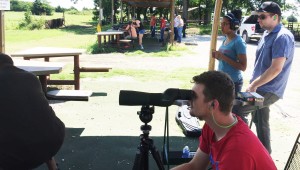 S  and S Precision Rifles was well represented and did very well in match.

Chris and Stick took first and second respectively, and David Liles surprised himself when he he got third.  I had seen Liles practicing like he was on a mission so it was no surprise to me when he placed. 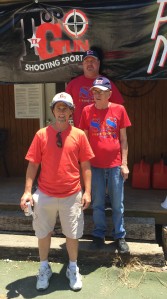 Morgan Babin ran the competition and was official scorekeeper.  She kept everyone on their toes and laughing.

After the match Phillis and Cheryl provided excellent burgers from the range restaurant. 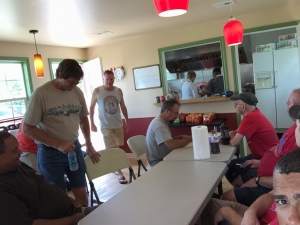 All the guys brought really nice and accurate rifles. The match was open to pretty much anything you wanted to shoot so we had a wide variety.  David Greenleaf even showed up with his 7mag without a muzzle brake to……Ouch! 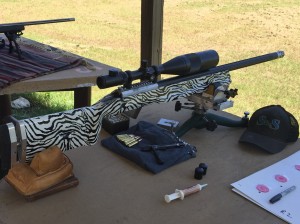 Like I said.  Everyone had a really good time.  So much so that some of the guys asked that we do it more than once a year.  So.  Our next match is going to be on Sunday July 26th.  We are keeping the numbers to 20 people since 10 was relatively easy to handle.  A couple hours after announcing the next match we had six spots gone.  As of this post eight spots are taken so twelve places left.

Contact me either by email or phone to secure your spot.